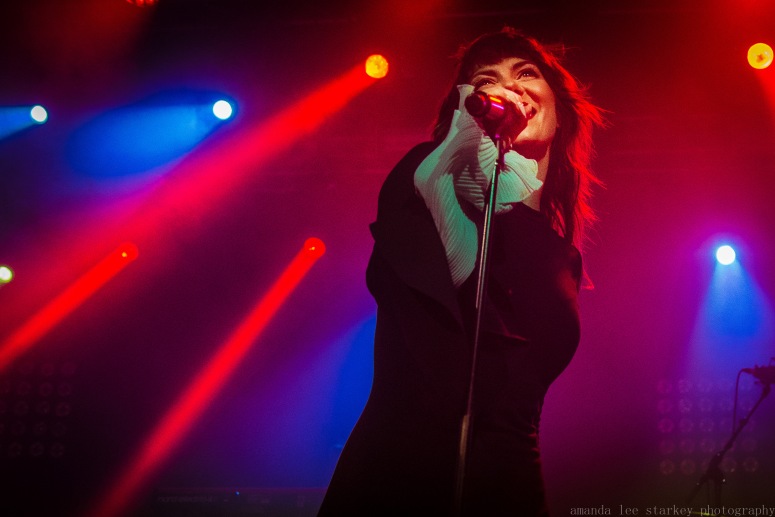 Several months ago after playing the immensely popular ‘ Zoo Twighlights’ shows Killing Heidi mused about getting the band back together for a reunion tour.

Fast forward to June and they have sold out Melbourne’s premier CBD venue 170 Russell. As Ella Hooper takes to the stage in a stylish black cat suit, its clear that people are here for the same walk down memory lane that Hooper is about to enjoy. Alongside for the ride is Jesse Hooper and Adam Pedretti on guitar and drums, sadly noticeably absent is bass player Warren Jenkin who was unable to play.  The rest of the band may be a little older and gone are the dread locks, but they still gel together really well.

At the height of their mid- 90s fame in a time when grunge and wearing flannelette was the standard, Killing Heidi managed to make the fun songs ‘ Mascara‘ and ‘Weir‘ the songs on everyone’s lips.  Tonight most people will be here to see those songs live again and for a chance to re-visit what was dubbed the teen- angst decade of music.

On stage Ella is a delight to watch, not only is she enjoying herself the crowd is enjoying watching her.  Opening with ‘ Calm down’  she is electric. Moving quickly through the songs with gusto and fierce energy ‘I am’ , ‘ Black Sheep’  by the time she gets to ‘ Live Without It’  the room is bouncing. She runs around, whipping her hair in a frenzy, silver boots clearly getting a work out as she bounds from one side to the other, with ease.

What is so refreshingly sweet is that every now and then Hooper stops to soak in the atmosphere and thank the crowd for selling out the venue. She seems genuinely surprised and humbled that her music and legacy have meant so much to people that first saw her as a fresh faced teen breaking into the music world. The smile clearly can not be wiped off her face tonight, and neither should it – everyone is having fun.  Many of the crowd grew up identifying with the self- proclaimed “misfit” and Ella had everyone enchanted with her teen angst and belly chains.   Everyone is made to feel like they are part of her tribe. Her humility is endearing and makes everyone fall in love with her just a little more.

Saving the best for last the crowd goes completely wild when she launches into
‘ Mascara’ the bands break out hit. By now the mosh pit is resembling a music festival with everyone dancing, girls sitting on shoulders and generally having a great time.  People reach out and hold hands with strangers, soaking in the moment. The momentum keeps going with ‘ Weir’ straight after and its clear everyone feels like this is a night they’ll remember for a while.

One of the most energetic and generally fun front women to watch as the band wind down the evening with ‘Leave me Alone’ and  ‘ Superman, Supergirl’  leaving the crowd hoping that this isn’t a one night event. With the music landscape so different to what it was twenty years ago it seems like there are people out there that still want to see an exceptional band that have not only the ability to entertain, but also possess the skill to write a good song, something that seems to be lacking a little nowadays.

As the crowd makes their way out of the venue, part of their teenage selves has been bought back for the evening and we’re all just a little nostalgic for the present. 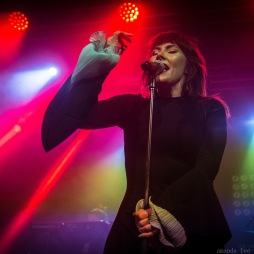 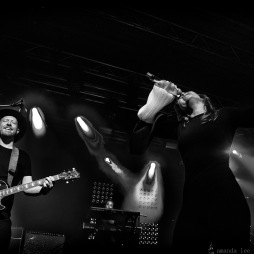 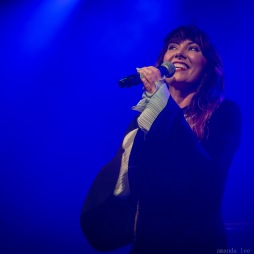 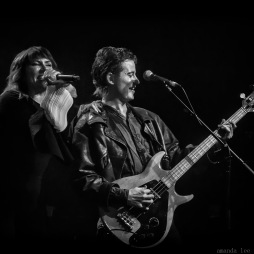 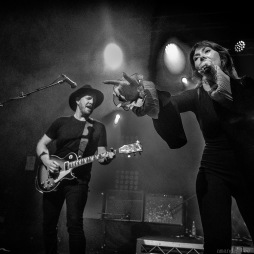 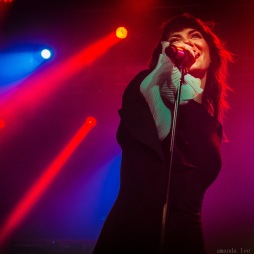 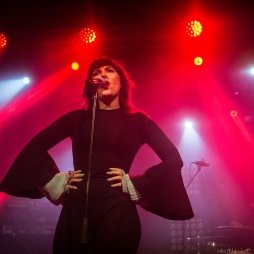 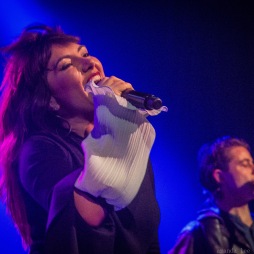