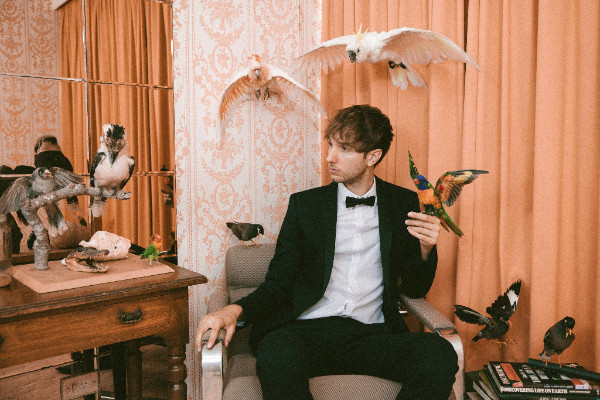 Before the release of his debut album, Getting The Team Back Together next Friday 3 November, Jeremy Neale has shared a second cut from the record titled ‘Small Talk.’

Jeremy says of the track: “Small Talk is about relying on alcohol to get by socially, and the negative repercussions it was having on my life and headspace. I wrote it during a very introspective point last year when I was trying to create a life of balance.

I’m so glad that Jaimee Fryer (Pool Shop) lent her voice to the song – I’m a huge fan of her work in Major Leagues and as a solo artist and the performance she gave on Small Talk really helped the track reach its full potential.”

Recorded at Brisbane’s storied studio The Plutonium, with producer Miro Mackie and a who’s who of Brisbane’s leading musicians including Charles Sale and George Browning (Babaganouj), Harriette Pilbeam (Hatchie), Liam Campbell (The Good Sports), Scott Bromiley and Luke McDonald (The John Steel Singers), and Jaimee Fryer (Pool Shop), Getting The Team Back Together is the most comprehensive representation of Jeremy’s style to date.

The album is a collection of tracks assembled during a period of self-analysis – a record of unassailable power pop that documents growth, love and the eternal pursuit of happiness.

Each track by itself is exemplary, but as a whole each song supports the other. Like friends. Like a team. Getting one’s team together could refer to working on the self to build a contented whole, or it could mean seeking friends that will have your back through thick and thin. Regardless of your situation, Jeremy’s got your back and when you need him – he’s on your team and believes in you.