Music in the 90s was all about the grunge scene, teen angst and flanellette shirts. It was also a time where connecting to music with powerful lyrics and strong guitar licks mattered. Many that grew up in the grunge era call it The Golden Age of music. Out of that golden age, Fuel arose with songs about pain, loss and with the explosive hooks.  Brett Scallions on vocals made them one of the better acts to come out of the time.  The band sold nearly four million records world wide.

Its been twenty years since the release of the iconic ‘ Sunburn’ album that exploded the band into the stratosphere and Fuel are back on tour in Australia.

Behind the Lens Chez Watts. 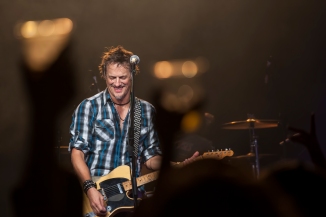