A mighty voice reflecting an adventurous soul guides Dermot Kennedy to Australia for the first time this April, taking in shows in Sydney and Melbourne as the Dublin native consolidates a breakout 2017.

Imbuing the folky grit of Glen Hansard and Ray Lamontagne while variously employing production techniques more familiar to the likes of Drake or James Blake, Kennedy will hit the East Coast on the back of the whirlwind success of his EP Doves and Ravens. The release has garnered fans worldwide for it’s stark combination of electronic wizardry and heartbreaking balladry.

A prodigious talent, Kennedy’s love of music came from humble beginnings. As a 10-year-old up to no good at a family party, he jealously eyed his musician cousins’ guitar skills, eventually stealing the instrument for himself. From there an obsession began to grow.

Equal parts luck of the Irish and raw talent then brought Kennedy into direct contact with his hero: the aforementioned Hansard. The Oscar winning Irish icon spends every Christmas Eve in Dublin busking, encouraging budding musicians to show their wares and join in. Kennedy was one such upstart and the two teamed up for a Bob Dylan song. Next minute: a close friendship formed with Hansard acting as a sort of Yoda to Kennedy’s Luke Skywalker – guiding the young Jedi through the nascent stages of his career.

Ears began to prick up as early tunes like After Rain showcased an unforgettably powerful voice and a flair for the dramatic. Wasting no time, Kennedy then began to experiment as he pushed into glitchy, sonic textures and hip-hop production techniques to compliment his accomplished vocals. Results came fast, as an army of Spotify listeners were turned onto sweeping single Glory, the Taylor Swift endorsed Boston and the broken modern soul of Moments Passed.

Dermot Kennedy has just completed a sold out run of shows through Europe and the USA, ensuring that anticipation will be at fever pitch as Australian audiences get their first glimpse of this Irish wonder. 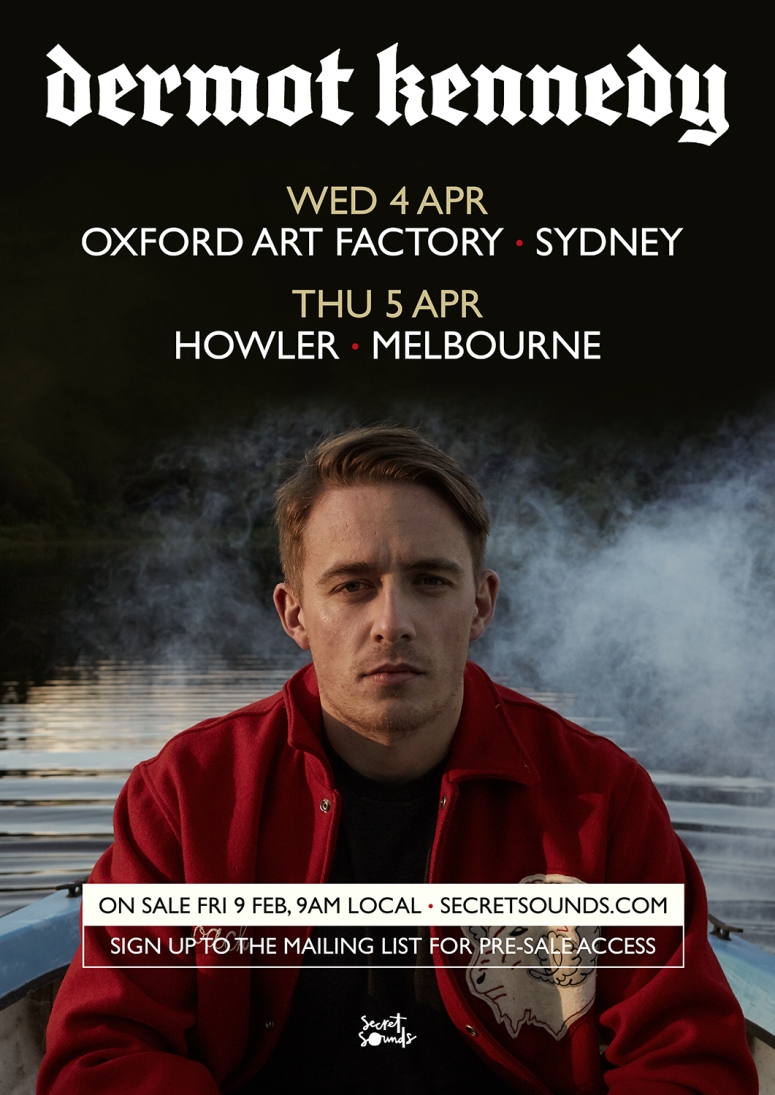