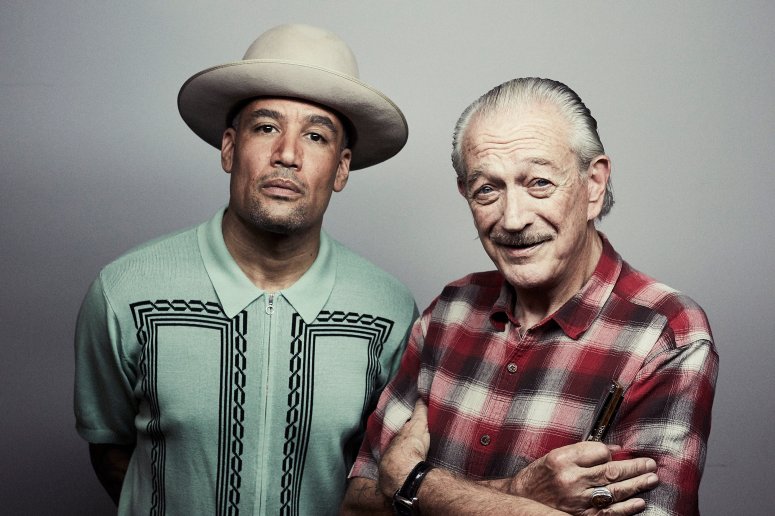 Ben Harper is the undisputed king of sad songs with lyrics that always manage to cut right to the bone. Feeling like there was some unfinished business Harper has once again teamed up with Chicago Blues legend Charlie Musslewhite to bring fans ‘ No Mercy in this Land’.

The album opens with ‘ When I Go” and all the traditional elements of Chicago Blues are right there from the first bars where the distinctive harmonica sound of Musslewhite rolls along nicely.  This could be the movie soundtrack for any of Tarentino’s gun slinging westerns, the lyrics ominous.

Throughout the album Musslewhite’s expert harmonica playing doesn’t dominate, rather it compliments Harpers thought provoking lyrics and at times sounds like the two are just having an enjoyable time jamming. Its got the sass and attitude in the right places.

If one was to close their eyes at times you can almost picture yourself in Louisiana down on the Bayou in some back water bar dancing along to the infectious tunes that is ” Bad Habits” . Its got the right kind of blues lyrics whilst still maintaining the ability to make you want to tap your feet.

The Chicago blues train keeps rolling along nicely for several tracks until the piano- laden ” When Love Is Not Enough” opens with heart wrenching lyrics to bring the mood down, and Harper once again demonstrates his ability to write songs that are touching, moving and thoughtful at the same time. Its beautifully produced and the melancholy is palpable.

Title track ‘ No Mercy in this Land’  brings back the harmonica and poses some of life’s hard questions. With Musslewhite adding in on the vocals the song moves along nicely like a slower locomotive, sad and alone. Its minimal with the guitar and the harmonica is quieter and slower, allowing the lyrics to really shine.

To close out the album Harper ends with the melancholic ‘ Nothing at all’  a song that is laden with sadness and regret. Its a challenge to not have the tears roll slowly down your face as the strained vocals of Harper sing of loss and pain.  With just a hint of harmonica the track is the perfect way to wind down what is a generally fast paced Blues album.

With the expertise of Musslewhite on harmonica and the soft voice of Harper, its a treat to listeners that these two talented musicians felt that they had unfinished business and have gifted this outstanding blues album to the world. It proves once again that the multi- genre artist Harper is able to cross over sounds not just successfully, but rather brilliantly.

Ben Harper & Charlie Musslewhite’s ” No Mercy in this Land” is out March 30 and can be pre- ordered here  https://nomercyinthisland.com