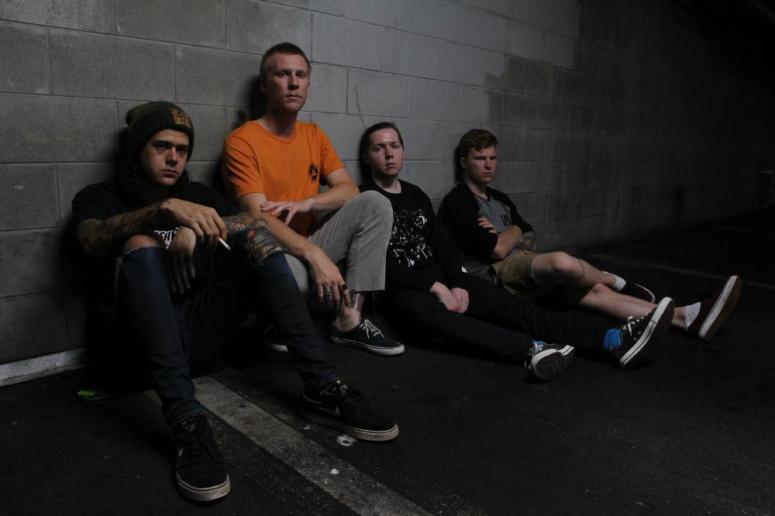 If you reckon you are pissed off about this summer’s heat? Spare a thought for Mackay’s Sanctum & Solace, who are dropping fire AF hardcore tracks, straight out of the thick AF tropical humidity of North Queensland. Today, they are releasing ‘1096’, new single from their EP ‘Made Wrong’, which will be released on Friday February 23rd on iTunes, Spotify, Bandcamp and all good digital outlets.

We caught up with the band to find out their Top Five Craziest Tour stories and these guys sure know how to play a prank.
Before the architects gig we were in Brisbane and had the cab coming, we convinced our bassist Shaun that he needed to hurry up and scull his drink, little did he know his drink was spiked with dish washing detergent. He burped lemon bubbles all night
Playing a show in Bundy our vocalist and camera dude darcy thought it would be funny to fill an empty schooner glass with piss. Darcy pissed all over Justin’s hands
For our bassists initiation we decided to all get naked and Mob him in the shower. There’s a video of that somewhere… pornhub.
Another show in Bundy we were playing and in the mosh pit someone’s shoe came off in the pit and our vocalist was peer pressured into doing a shoey by the crowd.
Led by she cries wolf vocalist we had a 20 person consisting of various members from other touring bands and random backpackers walking past and joining in do an accapella remake of Backstreet Boys – Everybody in one of our rooms
Check out the video
https://www.youtube.com/watch?v=3JpHout1gwA&feature=youtu.be